Maybe you’re familia with the old saying “If At First You Don’t Succeed, Try, Try Again!” However do you know who said it, where they were at that point in their life, and what inspired them to say it?

If you are familiar with the movie Braveheart, you know of William Wallace and Robert the Bruce. These two characters not only played prominent roles in the movie, but upon my visit to Scotland this weekend I found they are still playing roles as historical heroes as well.

Before Martin began his TFW Certification in Edinburgh, He took a day to visit Stirling with his oldest daughter. Stirling is a site of a famous battle in the movie and also the home of Stirling castle. In the area, there are impressive monuments to both William Wallace and Robert the Bruce. Although he expected the Wallace monument, the monument to Robert the Bruce was surprising since he is not made out to be a hero during Braveheart. But as he learned over the trip and visit to the site of the Battle of Bannockburn, he is considered a hero in Scotland. Two stories that were told about him are the inspiration for this writing.

If At First You Don’t Succeed

Robert was leading the Scots during the Wars of Independence in attempt to take back Scottish freedom from the English. After one particular battle, Robert had been sorely defeated and had to flee. On the run for his life and his family having been kidnapped and imprisoned, Robert found himself hiding in a cave on the north coast of Ireland. During this stay in the cave, he lost confidence in himself and became depressed until he saw a spider attempting to build a web.

He watched the spider fail in its attempt over and over until the spider finally got it right. This was a moment of inspiration for Robert the Bruce. He realised in that moment that one failure would not define him. He was allowed to make mistakes as long as he was not prepared to give up until he got the job done.

In this cave he was the first to coin the saying, “If at first you don’t succeed, try, try again.”

Lead From The Front

After his arachno-inspiration, he won more battles and the support of the country again. But, then in June 1314, he faced his most difficult challenge in Bannockburn. The Scots were grossly outnumbered over two to one by the English forces of King Edward II. His men knew chances of victory were slim and morale was low.

If Edward took Stirling Castle, both Robert the Bruce’s country and men would be gone. Robert the Bruce decided on a bold move to ride at the front with his army, not to stay safe in the back. On the first day of battle, one of the English cavalry leaders is shocked to see Robert out front and attacks. In single combat, Robert the Bruce kills him in front of his men and inspires his army for victory. The Scots won this battle the next day behind Robert the Bruce because he had the courage to lead from the front.

If at first you don’t succeed, do you continue to push for success?

Is there something you would like to take another crack at? What do you need to give one more try? It is not failure if you don’t give up. As Robert learned, failure isn’t failure until you stop. Find what you are passionate about and make it a point this week to battle back and go for it. Passionate people don’t call making mistakes failure. They call it practice.

Remember the person that never took a chance and always hid in the back? Yeah, I don’t remember that person either. Do something great this week and lead from the front. That might not always be the safest, but the glory goes to those at the center of the battle.

Need a little more motivation? Check out our 8 Week Warrior Challenge below – it’s a great place to start! 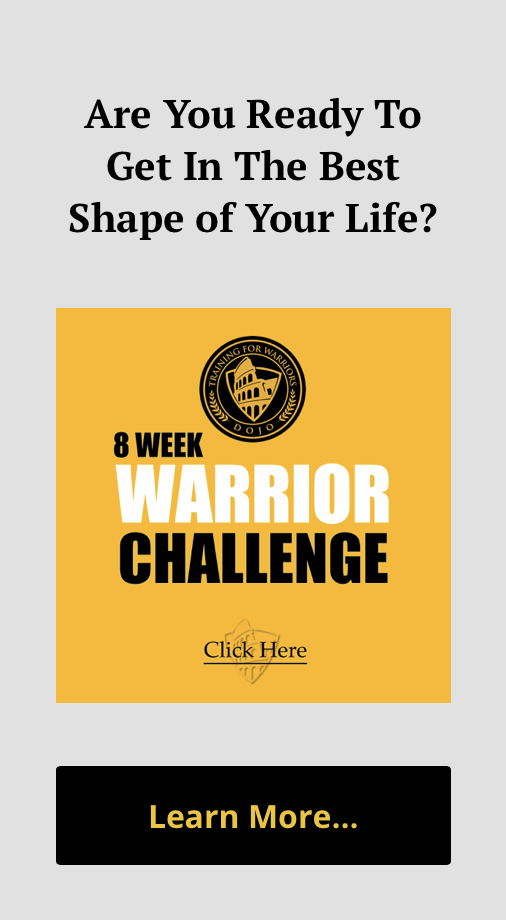 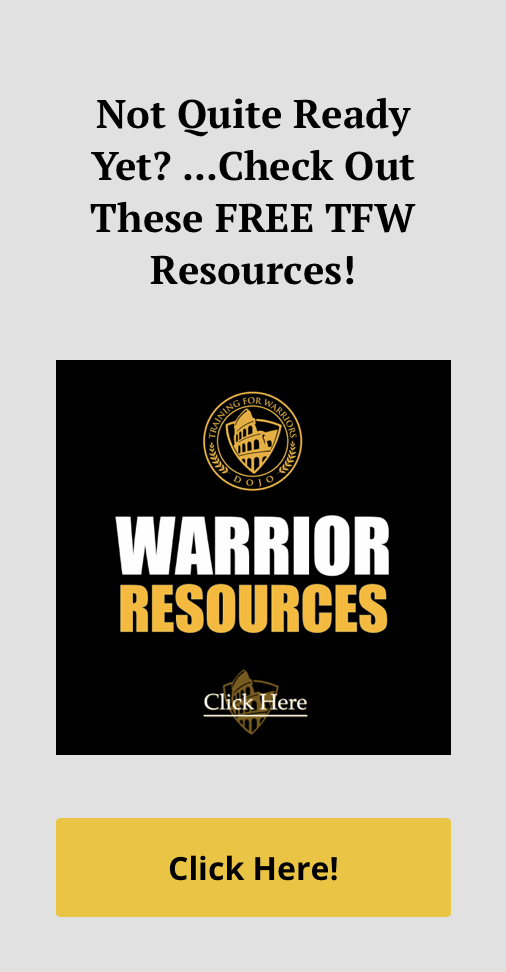